Spider Spotlight: All About The Brown Recluse Spider 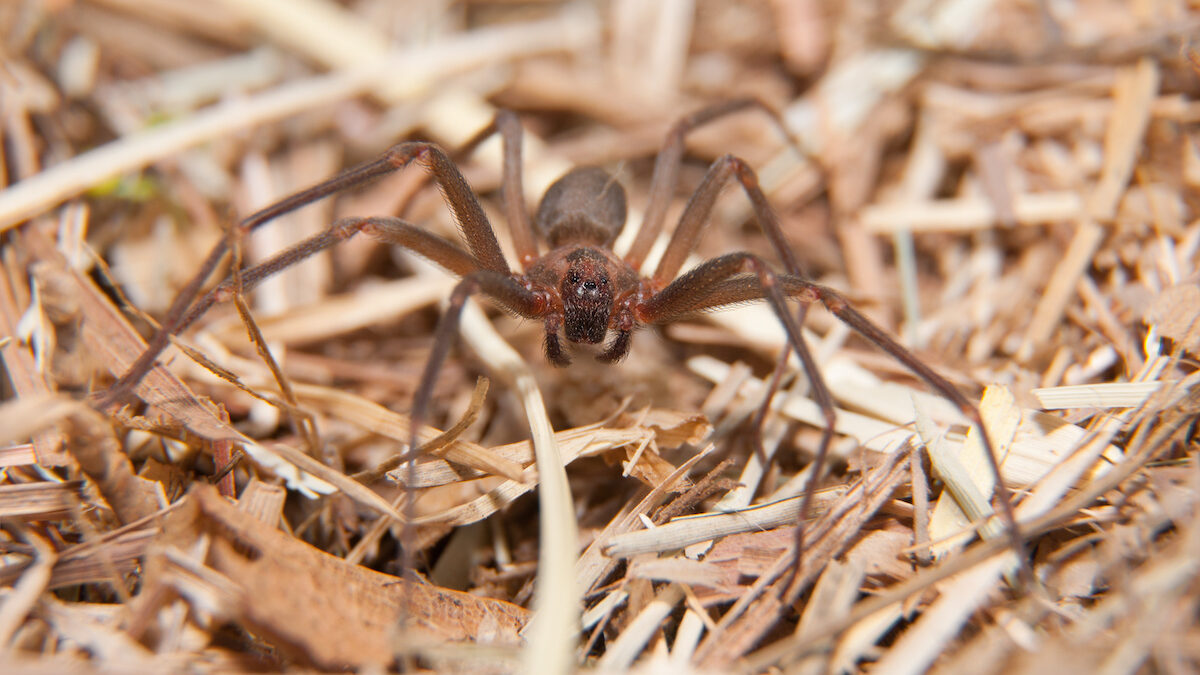 Many types of spiders live around homes and buildings. Most are harmless, and many are beneficial given they prey upon other nuisance insects, like mosquitoes or flies. One spider found that is located throughout most of the Eastern US and is potentially dangerous is the brown recluse.

It is sometimes referred to as the ‘violin’ or ‘fiddle back’ spider because of the violin-shaped marking on its dorsum.

Where You Will Find Them

Other species of Loxosceles spiders occur in the southwestern U.S. and southern California, but the brown recluse is the most notable and widespread in the east and the southeast United States. Recluse spiders are rare outside their native range. In general, these spiders are widely over-reported and less common than perceived.

How to Spot a Brown Recluse

Coloration ranges from tan to dark brown, and the abdomen and legs are uniform-colored with no stripes, bands, or mottling. The legs are long and thin and lack conspicuous spines. For laypersons, the most distinguishing feature of a brown recluse is a dark violin-shaped mark on its back, with the neck of the violin pointing toward the rear (abdomen) of the spider.

Seeing this feature requires a good quality hand lens. Many harmless brown spiders are mistaken for the brown recluse, so it is prudent to have specimens confirmed by an entomologist or knowledgeable pest control firm. In nature, brown recluse spiders live outdoors under rocks, logs, woodpiles, and debris. The spider is also well adapted to living indoors with humans.

When You’re Most Likely to See a Brown Recluse Spider

The brown recluse hunts at night seeking insect prey, either alive or dead. It does not employ a web to capture food — suspended webs strung along walls, corners, ceilings, outdoor vegetation, and in other exposed areas are almost always associated with other types of spiders. In homes, such webs are often produced by harmless cobweb or cellar spiders.

They often line their daytime retreats with irregular webbing, which is used to form their egg sacs. Adult female recluses seldom venture far from their retreat, whereas males and older juveniles are more mobile and tend to travel farther. Consequently, they are more likely to wander into shoes, clothing, or bedding at night and bite people when they inadvertently become trapped against the skin.

Such behavior can be triggered by hunger, overcrowding, pesticide application, or other factors.

The molted (shed) skins of the brown recluse have a distinct outstretched appearance and can be useful in confirming infestation. Brown recluse spiders mature in about a year and have an average lifespan of 2 to 4 years.

Infestation levels in homes vary greatly, ranging from one or a few spiders to several hundred.

How Worried Should You Be About The Brown Recluse?

Like other spiders, the brown recluse is not aggressive. It is quite common, in fact, to live in a building that is heavily infested and never be bitten. Most bites occur in response to body pressure when a spider is inadvertently trapped against bare skin.

Other bites occur while moving stored items or putting on a piece of clothing that a spider has chosen for its daytime retreat. Brown recluse spiders have very small fangs and cannot bite through clothing. The initial bite is usually painless. Oftentimes the victim is unaware until 3 to 8 hours later when the bite site may become red, swollen, and tender.

Often there is a central blister. As the venom continues to destroy tissue, the wound may expand up to several inches over a period of days or weeks. The necrotic ulcer can persist for several months, leaving a deep scar. Infrequently, bites in the early stages produce systemic reactions accompanied by fever, chills, dizziness, rash, or vomiting.

What Should You Do If Bitten By a Brown Recluse?

Spider bites are difficult to diagnose, even by physicians. Contrary to popular belief, it is difficult to diagnosis a brown recluse spider bite from the wound alone. Many medical conditions mimic the necrotic-looking sore from a recluse bite, including bacterial and fungal infections, diabetic and pressure ulcers, and gangrene.

That bacterium produces painful skin lesions that resemble recluse bites and can run rampant in close living quarters such as hospitals, camps, barracks, and correctional facilities.

Similar-looking lesions can also be caused by other types of insects and arthropods. Suspected bites occurring outside the native range of the brown recluse spider are particularly unlikely, given that surveys rarely yield recluses in non-native areas.

If possible, anyone bitten by what is thought to be a brown recluse should try to collect the specimen and bring it to a qualified individual for identification. Even crushed or damaged specimens can usually be identified.

Confirmation by an expert will help the physician decide on the appropriate course of treatment.

How Do You Get Rid of a Brown Recluse Infestation

Brown recluse spiders are difficult to eradicate, largely because of their secretive habits.

Because of this (and the potential health threat), treatment is best performed by professionals. A thorough inspection with a bright flashlight is needed to reveal the location and extent of the infestation. Likely hiding places include crevices, corners, and wall-floor junctures, especially behind clutter and stored items. Reducing clutter affords fewer places for the spiders to hide and can enhance the effectiveness of treatments.

In infested garages, attics, basements, and crawl spaces, the spiders, egg sacs, and distinctive shed skins are often found along joists, sills, and rafters, as well as under rolled insulation.

In living areas, they sometimes inhabit crevices behind and beneath beds and furniture, closets, clothing, shoes, and stored items. When sorting through boxes or materials, wear long sleeves and gloves to avoid being bitten. 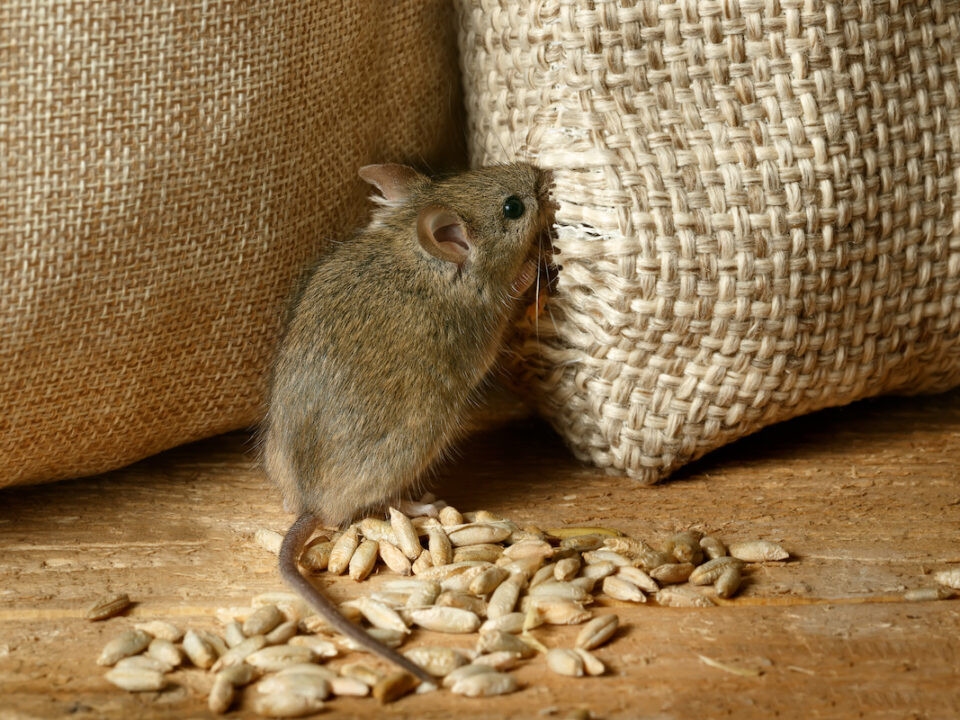 How Fast Can Mice Multiply in Your Home? 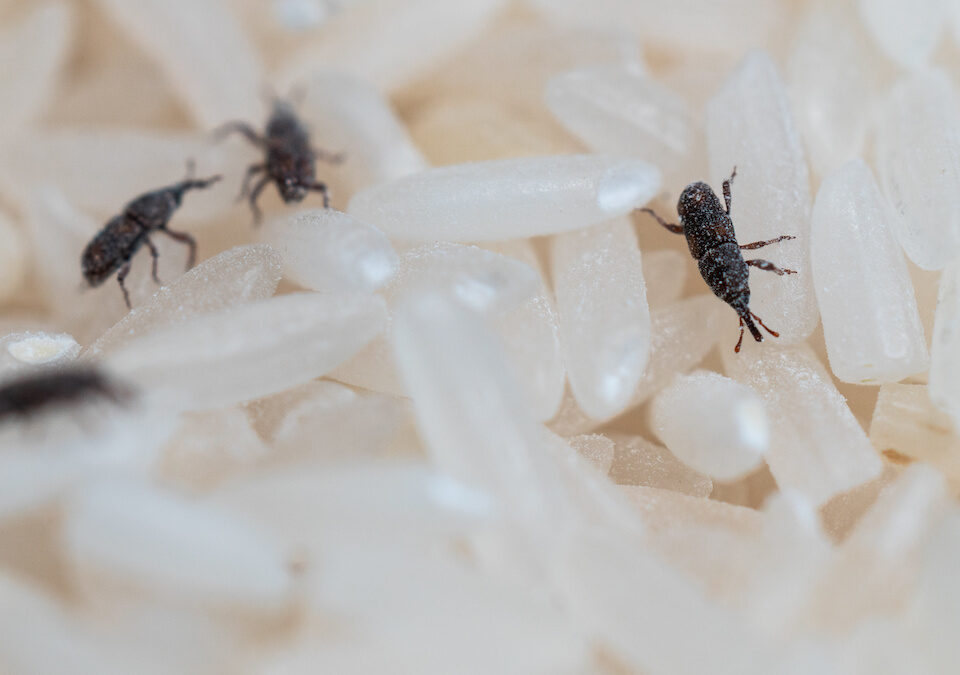 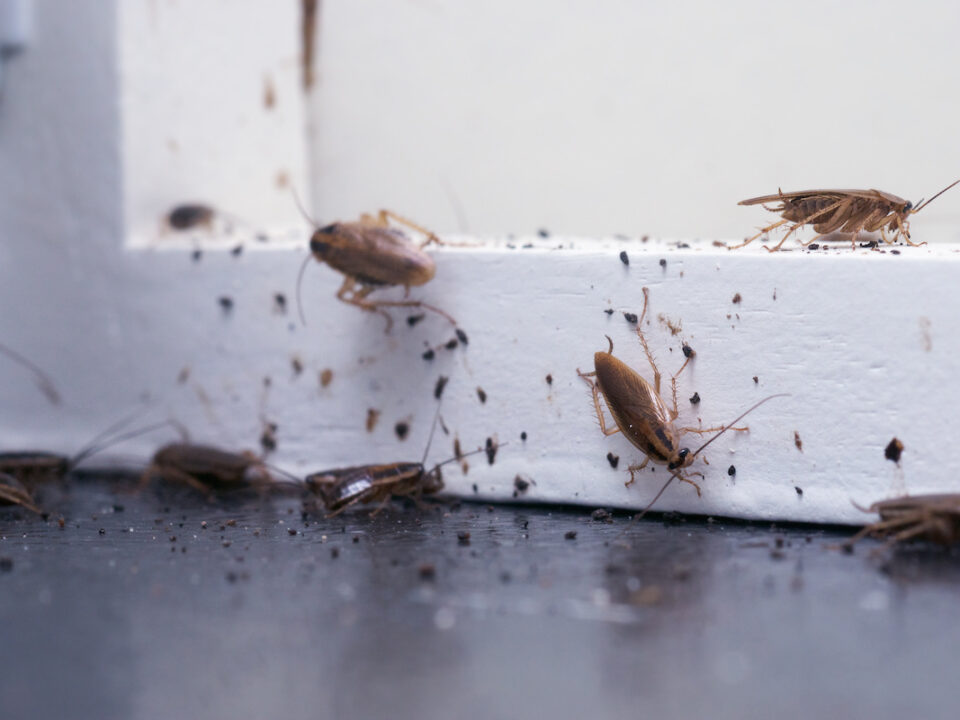