Whether you have a fear or respect for spiders in Florida, they are a fact of life that you’ll encounter from time to time. There are many species of spiders in Florida that you will find inside and outside the home. For this guide, we’ll discuss the most common spiders you will find along with ways to keep them out of your home.

Why are there so Many Spiders in the Autumn?

While Florida may not experience the dramatic seasonal swings of other parts of the country, spiders can certainly sense when fall is here. You may see an uptick of spiders this time of year because it is their mating season, depending on the species.

When you spot a spider inside the home, there is a good chance that they are looking for a partner. Mature male spiders will live for about a year (and in some cases only a couple of months, like the male black widow), which makes time of the essence when it comes to finding a mate.

What Kind of Spiders Will You Find in Florida?

It’s no secret that Florida is full of its fair share of insects. But when it comes to spiders, you will find a large variety. Some spiders are problematic when others are harmless, although understandable you don’t want them in your house.

However, these are several of the spiders that you will find throughout your home in Florida.

Seeing a jumping spider in action might have you jump out of your skin, but know that they will not harm you. A jumping spider is very small, typically less than 15 mm in length.

You’re already used to the thought of crabs on the beach, but what about crab spiders? A crab spider gets its name from the way that holds its legs off to the side. Just like the jumping spider, crab spiders also do not spin webs. They ambush their prey while hiding in foliage.

If a crab spider is in your house, you might be hard-pressed to find it. This is because they are highly camouflaged and blend in with their surroundings.

The spiny orb-weaver spider is one of the most easily recognized spiders in Florida. This is because the spider is quite colorful, sporting black spots and large red spines on its back.

Typically found in shrubs and foliage, You may occasionally encounter a green lynx spider inside of your home. These spiders are all so easy to identify, as the body is a bright green and almost transparent in appearance. It also has red spots and white markings.

Coming with very long legs, the green lynx spider has incredible eyesight. It hunts during the day and you will not find any webs. These are good spiders to have around, as they are predators of caterpillar pests that can destroy crops.

Wolf spiders are generally large but know that they are not poisonous. However, if you are allergic to spider bites, you might experience an adverse reaction. This goes for nearly any spiders in Florida that can bite you.

As we mentioned, not all spiders are bad. Spiders can be beneficial creatures that help control the population of pest insects, including mosquitoes, flies, moths, caterpillars, and sometimes even other spiders.

However, there are also species of spiders that are problematic to people as well as the environment. They may be invasive spiders or they may simply be dangerous to people.

In this case, two of the most problematic spiders in Florida that you’ll find are the brown recluse and the black widow spider.

With an interesting shape of a violin on its back, the brown recluse spider has been spotted in Florida. There are different variations of recluse spiders that you will find in Florida, including the brown recluse, the Mediterranean recluse, and the Chilean recluse. The Chilean Recluse is the most recently discovered recluse species in Florida, found in Polk County. This is also the largest and most dangerous right clue species.

Brown recluse spiders are quite small, only coming in at 3/8 of an inch. You will also find them inside of cracks and crevices around the home, or under rocks and within loose bark of dead trees outside.

The good news is that brown recluse spiders aren’t as common as they seem. Many people get them confused with other species of spiders. For example, the southern house spider, otherwise known as a crevice spider, looks similar to a brown recluse.

However, when you do encounter a brown recluse spider, know that they are venomous. Their bites can result in large, necrotic lesions. However, you may not notice the brown recluse bite it all, resembling only a pimple-like swelling.

Where to Look for Brown Recluse Spiders

If brown recluse spiders are in your home, they are likely looking for a place to hide. You can find them hiding inside of your shoes, and clothes on the floor, and even inside gloves that you leave in your garage.

Once again, it is not very likely that you will run into a brown recluse here in Florida. They are not native to our state. 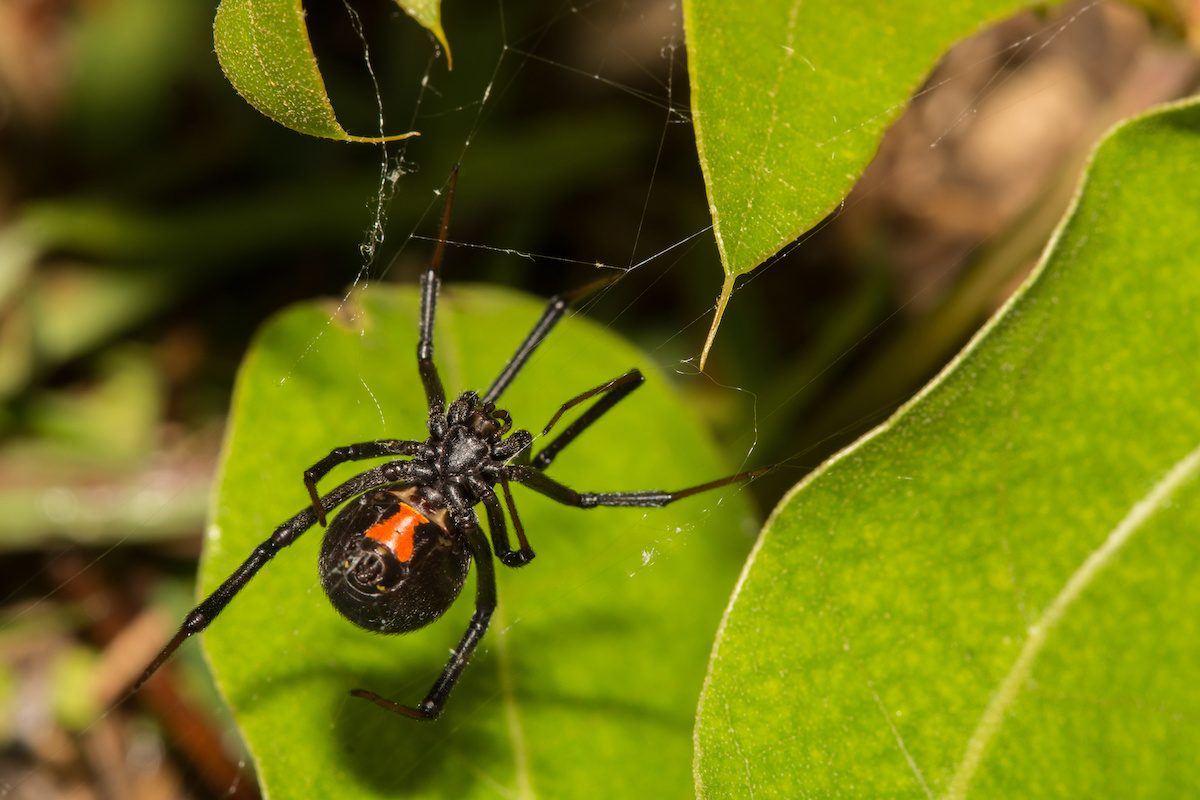 The black widow spider has quite the reputation for itself, and rightfully so. This is perhaps the most dangerous species of spiders in Florida that you will encounter. In fact, there are actually Four species of widow spiders that we will find in the state of Florida:

How to Prevent Spider Infestations

If you’re curious about spiders in Florida, hopefully, you’re not dealing with an infestation. The good news is that it is easy to prevent an infestation of spiders with the following advice:

One of the first steps you want to take is starting a good vacuuming routine. You’ll want to vacuum on a regular basis, ensuring that you reach both high and low areas of your home. Keep in mind that a vacuum cleaner may not necessarily kill all spiders, it depends on the type of spider as well as your vacuum.

Remove Spider Webs as you Find them

Not all spiders in Florida weave webs, but you’ll want to remove the ones that you find. You can vacuum these down or brush them away with a long-handled broom.

Block Entry Points to Your Home

There are several areas of your home or spiders can get inside. This includes cracks and crevices in the foundation, which can be filled to block entry. You also want to make sure that your weatherstripping is in good shape, so spiders can not slip inside doors and windows.

Spiders feel safe when they’re well hidden. Make sure that you tape boxes closed, pick up piles of laundry, and eliminate any potential hiding spaces. If spiders cannot seek refuge, they will find somewhere else that they can go instead.

If you suspect that you have a spider problem or even an infestation, please contact Drive-Bye Exterminators. We can help you eliminate spiders in your home and deal with infestations as they arise.

3 Types of Common Bugs in Your Bathroom and Kitchen: Florida Edition 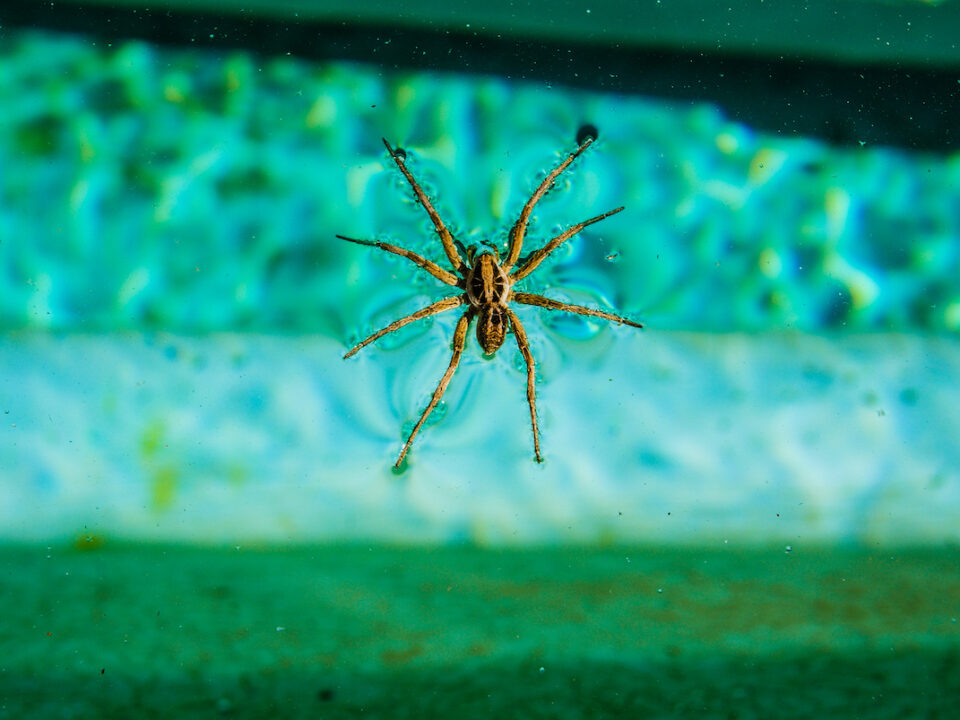 Spiders on the Lanai: A Year Round Pest Problem 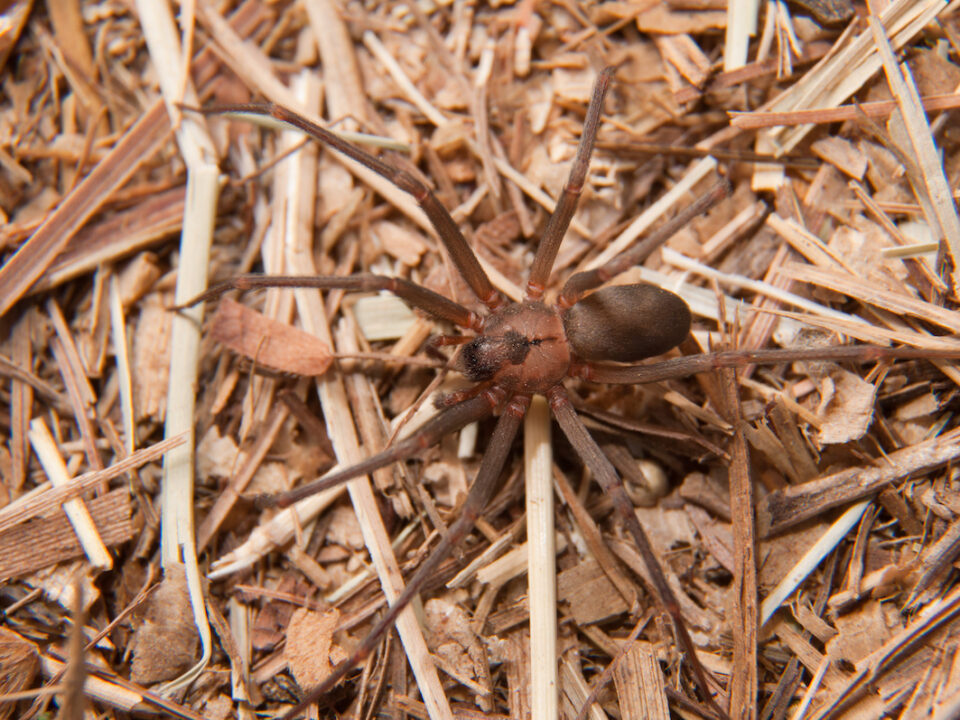